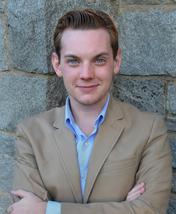 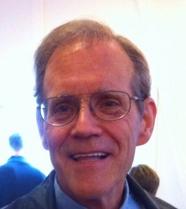 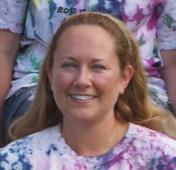 Kimberly L. Gray, or Miss Kim as she is often called, has attended services at First for over 30 years.  Kim earned her BS-Ed from CCSU in New Britain in 1990 and worked briefly in the Southington School System.  She has worked with youth for over 40 years and has been involved with the youth of First since 2010.   Besides working with our youth and a full-time job, Kim also enjoys being in her kitchen cooking and baking.  Cake decorating is one of her talents and she enjoys sharing her treats with others.  Kim is also a certified nutritional coach and private chef.   Kim also enjoys camping with her husband, two daughters, and five dogs.

An active liturgical musician, Mr. Boyle serves as Director of Music at First Lutheran Church of Southington, CT. He has previously served as Music Director at Lutheran Church of the Good Shepherd in Hamden, CT, in addition to serving as an Assistant Organist & Cantor of Music at Our Lady of the Snow Roman Catholic Church in Blue Point, NY. He has also served as a summer-term assistant organist at the Co-Cathedral of St. Thomas More and Blessed Sacrament RC Church in Tallahassee, FL.

In addition to his experiences as a music educator, and liturgical musician, he has worked extensively in the field of musical theatre, having served as Music Director for the Great South Bay YMCA’s Cultural Arts Division in Bay Shore, NY, and for various regional theatre companies throughout the Long Island and Hartford regions.

An active member in the field of choral music education, Mr. Boyle served as the secretary for the state chapter of the American Choral Director’s Association (CT-ACDA), was a member of the Teacher’s Advisory Council for ACDA national, and has been a featured clinician and presenter at past association conferences. Mr. Boyle was featured in several publications of ACDA’s “Choral Journal” magazine as a featured member for the association’s “Sing Up!” campaign. He is also a member of the National Association for Music Education (NAfME), the Connecticut Music Educator’s Association (CMEA), the American Guild of Organists (AGO), and the National Education Association (NEA).

Carl A. Kramer was born in New York City.  He and his parents later moved to Rochester, NY where he spent his boyhood and teenage years.  He attended Edison Technical and Industrial High School.  His college education included Concordia Junior College (Associate's Degree) and then Concordia Senior College (Bachelor's Degree).  He then attended Concordia Seminary, St. Louis where he received his Master of Divinity.

Carl's first call was to a small Lutheran camp located in southern Illinois where he served as Camp Director.  Parish-wise Carl has served congregations in the central area of Connecticut including St. Paul's in New Hartford, Shepherd of the Hills in Simsbury, St. Paul's in Torrington and Zion in Bristol.  Carl also received a call to First Lutheran in Southington where he serviced from 2005 to 2013.

Carl returned to First Lutheran in December 2019.  When asked why he returned, the answer he gives boils down to one word; the people.  He finds those who are a part of this community of faith warm, caring and loving.  An emphasis that Carl places on his ministry to First is that of the youth.  In a fragmented and uncertain world, young people need a solid rock on which to hang their faith and hope. That rock is the God of grace as seen in the person of Jesus Christ.

Carl is married to Karen Kramer and they have three children (triplets); Kerri, Kimberly and Jonathan.  Carl and Karen fostered one child, Shannon who now herself is a mother of two; Aaralynn and Jackson.  Carl serves First Lutheran on a part-time basis.  His second career is that of a Registered Nurse in the Cardiac Cath Lab at Hartford Hospital.  He works there on a per-diem basis.​